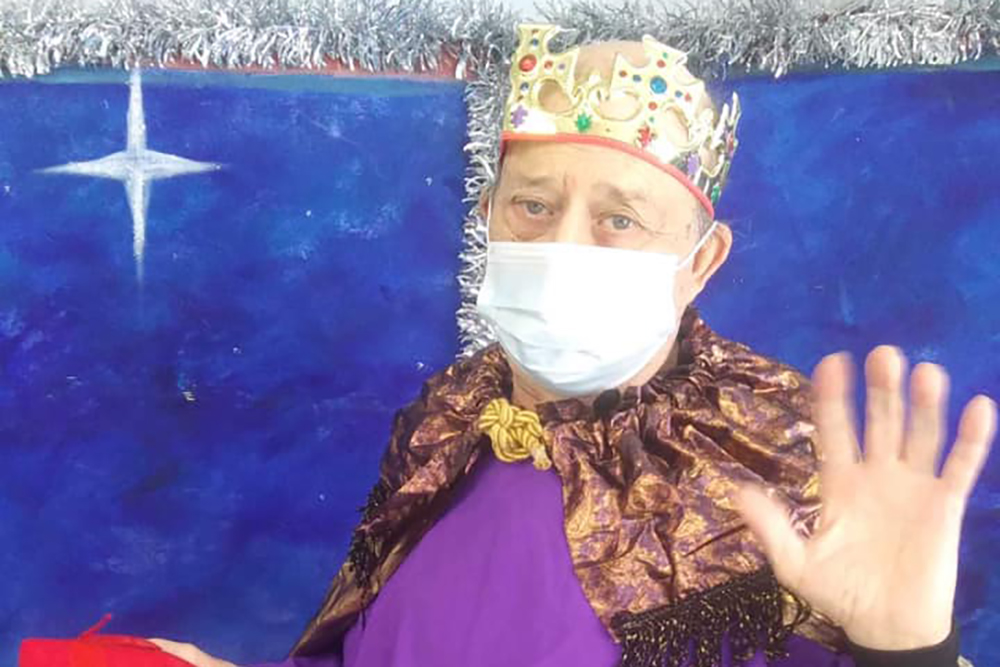 It is better to give than receive. Residents at Sunset Shores celebrated Three Kings Day known as Día de los Reyes on January 6, which marked the closure of the Christmas festivities with a traditional Latino Christian feast, dressing in costume, and giving gifts to celebrate the revelation of God’s son. This holiday celebrates the three kings who each gave a gift to baby Jesus and followed a star in the heavens.

Three Kings Day celebrates the biblical adoration of the baby Jesus by the Three Kings, also referred to as the Three Wise Men. Historically, according to the Gospel of Matthew each king offered a gift to baby Jesus. The first king offered gold, and the second offered frankincense to reflect Jesus’ royal standing and divine nature, and the third king offered myrrh, which was often used to embalm corpses, as a symbol of Jesus’ mortality.

They feasted at Sunset Shores! A large, delicious meal with friends and family is especially significant on Three Kings Day.  Traditional dishes to make include a marinated pork roast, and Abuelita’s hot chocolate.

They celebrated at Sunset Shores along with many across the globe. This year celebrations were more modest due to the health precautions, but in other years past, some communities go all out with hosting parades and Disneyland puts on a three-day celebration.

Sunset Shores remembered the bread! Rosca de Reyes, the Three Kings Bread, is round as a symbol of a king’s crown. A porcelain baby Jesus is baked within the folds of bread and the resident who found the toy must then host a party for everyone on Día de la Candelaria, or the Day of the Candles, Feb. 2. For those at Sunset Shores, they found a beautiful, spiritual way to bring in the new year, say goodbye to Christmas, and worship, eat and celebrate together, because together there are so many reasons to rejoice.

For those at Sunset Shores, they found a beautiful, spiritual way to bring in the new year, say goodbye to Christmas, and worship, eat and celebrate together, because together there are so many reasons to rejoice.